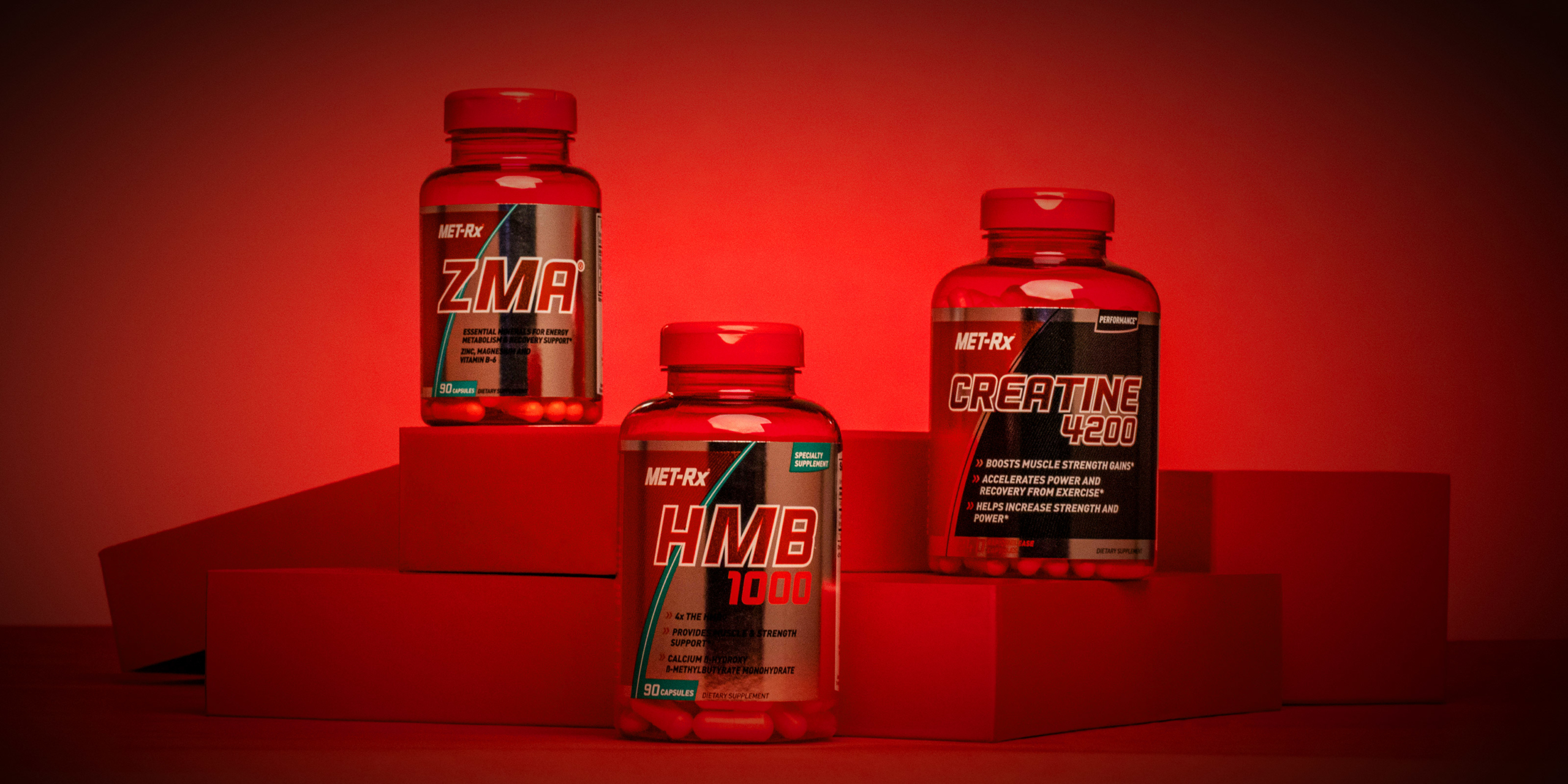 Getting Started with Supplements: Creatine 4200, ZMA and HMB

Is your protein game strong but you’re not sure where to start when it comes to supplements? Or maybe you’ve tried every supplement under the sun but aren’t sure which ones to stick with. You’ve come to the right place! One of MET-Rx’s sports nutritionists is giving you an inside look at three of our favorite supplements.

If you can only add one supplement to your arsenal, it should be creatine. Creatine is a dietary component found naturally in the body, primarily in muscle cells. Supplementing with creatine increases stores of phosphocreatine in muscles which is used to produce ATP, the currency of energy that powers our cells.* Simply put, supplementing with creatine means more energy to fuel muscle contractions.*

Creatine monohydrate is the most studied sports supplement, making it an excellent choice for athletes and bodybuilders. Not quite ready to hit the stage? Creatine is not just for the elite lifter – it can help you reach your goals whatever they may be. It helps increase strength and power and helps volumize muscle cells.* Creatine’s role in energy transfer enhances your muscle’s ability to produce higher muscular force – This can result in increases reps during lifting.* More of a cross-fitter? Creatine is especially good during short-term, high intensity exercise and can help muscles during the recovery phase after this type of training.*

Typical creatine powders should be consumed immediately after mixing since creatine can begin to degrade once mixed with water. Creatine 4200 provides all the benefits of creatine monohydrate in convenient, rapid-release capsules. Time your intake with your largest carbohydrate-containing meal since insulin will drive more creatine into your muscle cells which can result in improved performance.* Since creatine supplementation works by increasing stores of phosphocreatine in muscle, it is important to take every day for consistent results.*

You’ve figured out your macros and are hitting them daily but is that enough to optimize performance and overall health? In the world of sports nutrition we often become so fixated on protein, carbohydrate, and fat intake that we forget about the importance of micronutrients. Micronutrients are one of the major groups of nutrients needed by our bodies and they include vitamins and minerals.

ZMA® is specially formulated to deliver three micronutrients important for active individuals. ZMA® is short for zinc monomethionine aspartate, delivering two forms of the essential mineral zinc and the formula is rounded out by magnesium and vitamin B-6.

• Zinc plays a key role in the synthesis of testosterone and in its conversion to active dihydrotestosterone.* It is also involved in carbohydrate, protein and fat metabolism.*

• Magnesium is an essential component of the muscle enzyme creatine kinase.* This enzyme facilitates the reaction that converts creatine to phosphocreatine, the phosphorylated form of creatine that acts as an energy reserve in muscles. Since creatine is needed for this reaction, ZMA® is a great supplement choice to stack with Creatine 4200.

• Vitamin B-6 acts as a coenzyme in protein metabolism and more specifically, is essential for BCAA metabolism.* It also functions as a coenzyme with glycogen phosphorylase to help break down glycogen, the body’s stored form of carbohydrates.*

Since magnesium supports a calm relaxed mood, it is recommended to take ZMA® at night right before bed.* Avoid taking with dairy or other calcium-containing foods since calcium competes with zinc for absorption.

First ZMA and now HMB, IDK what any of this means! HMB is short for β-hydroxy β-methylbutyrate monohydrate. But don’t let the big name confuse you, HMB is just a metabolite of leucine, one of the most important amino acids for weightlifters and athletes.

HMB may help support muscle mass and strength.* A recent study on highly-trained combat sports athletes found competitively advantageous changes in body composition after twelve weeks of supplementation with HMB.1 It is believed to work by helping to maintain the structure of muscle cells after exercise so it may support muscle recovery and repair from serious training.*

A meta-analysis of 18 studies suggests HMB is effective when studied for periods greater than six weeks,2 making it important to take consistently to see the best results. Take one capsule three times daily, preferably with meals. Since creatine 4200 and ZMA® both work within your muscle cells and HMB helps to protect the integrity of your muscle cells, they all work well together.* Just don’t take HMB at the same time as ZMA® since the calcium in HMB could compete with zinc for absorption.

Ready to add a supplement to your regime? Shop the full lineup 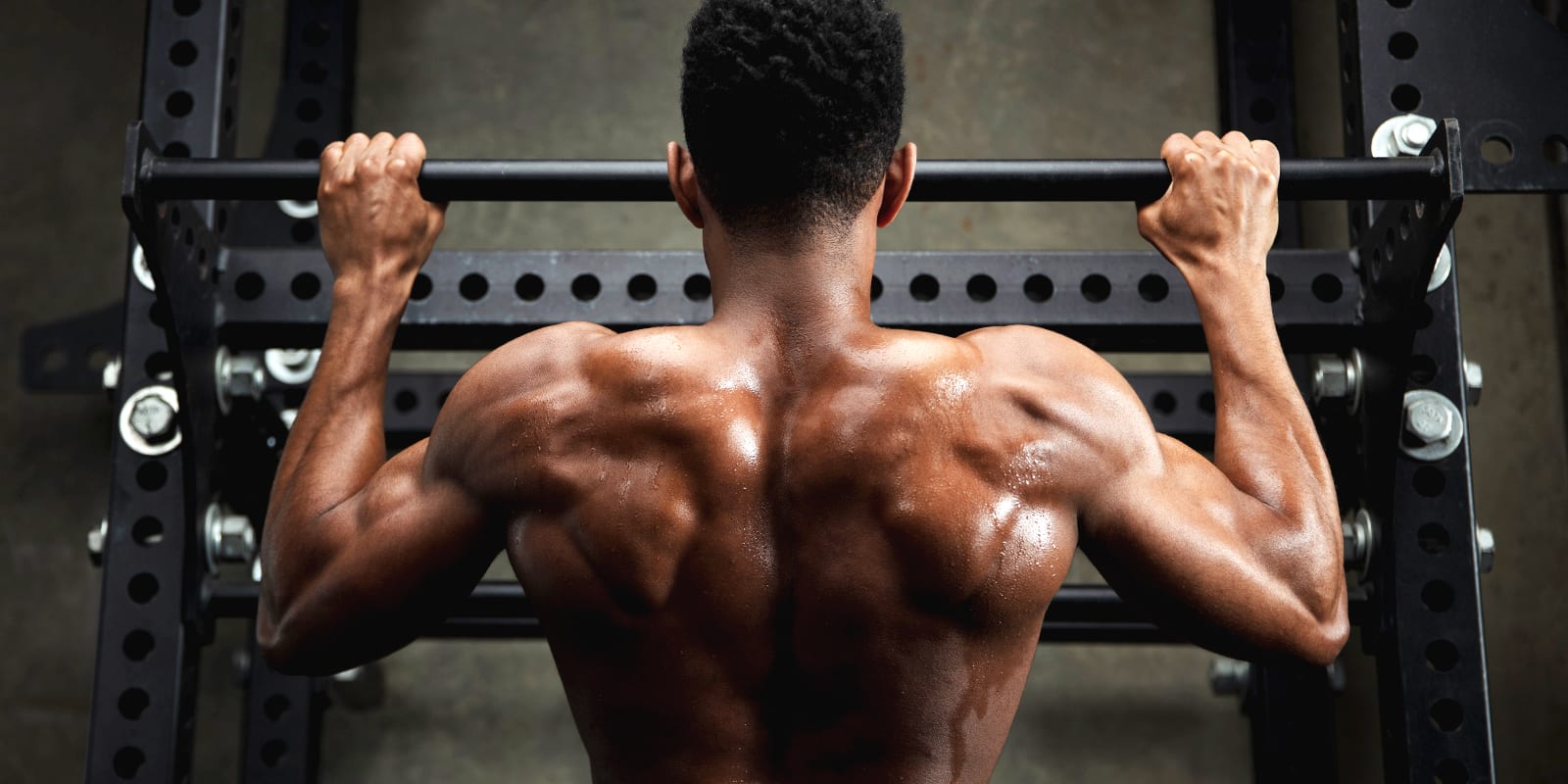 The 5 Essentials of Muscle Building 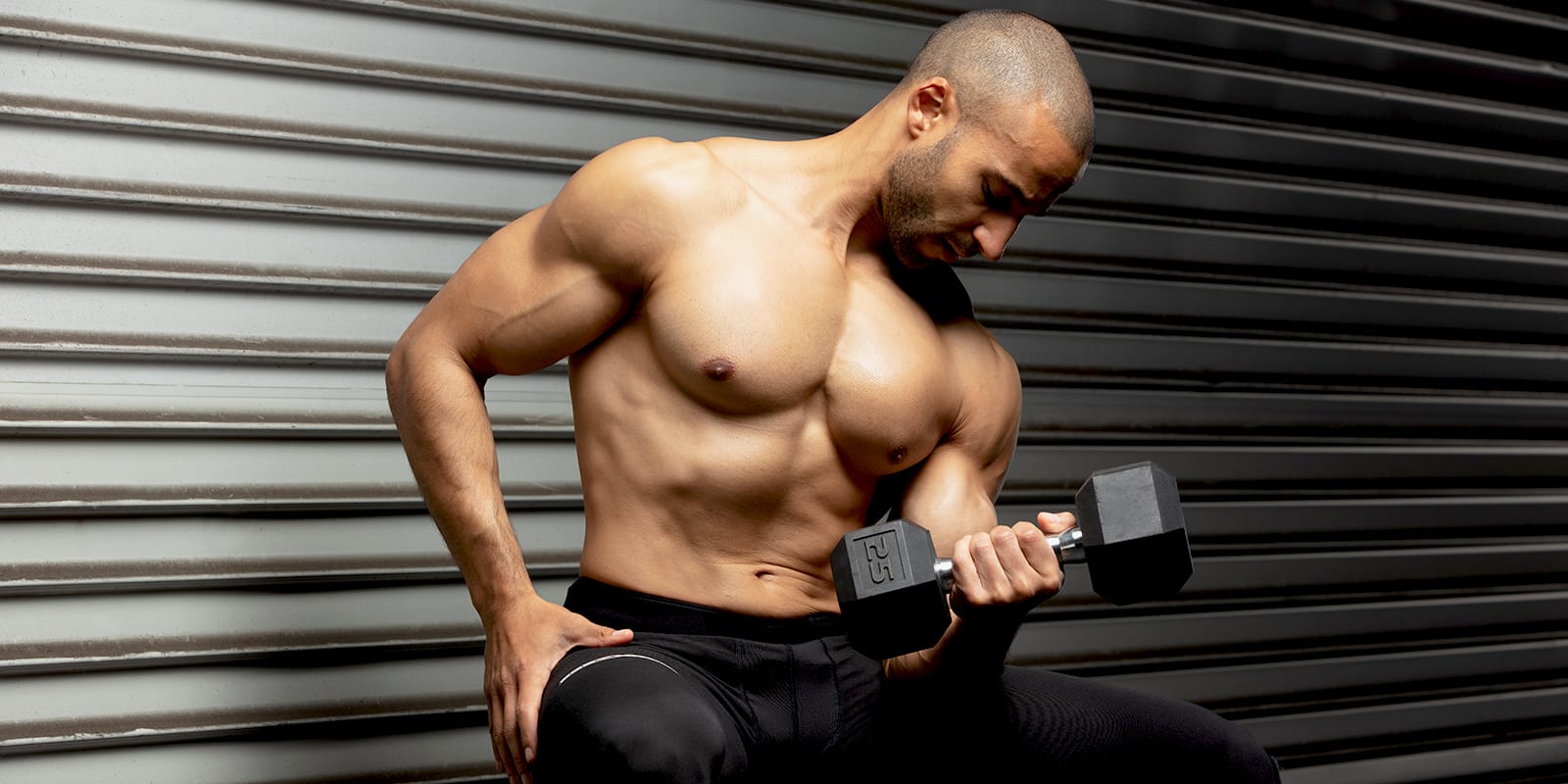 Summer is Coming: Tips to Cut for Warm Weather 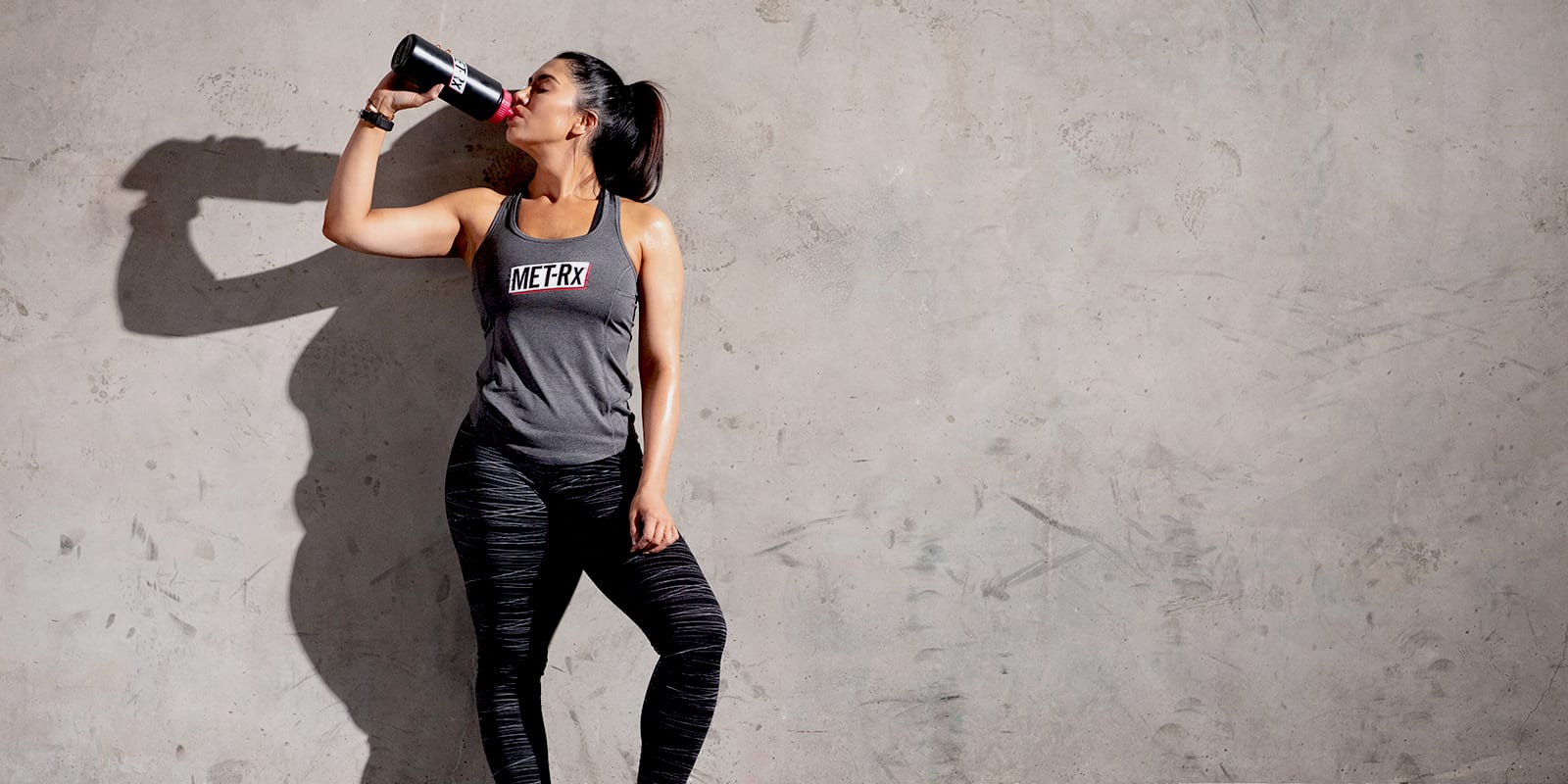 We use tools, such as cookies, to provide you with the best user experience. We use these tools to personalize content and ads, provide social media features and analyze website traffic. Learn more or manage settings.